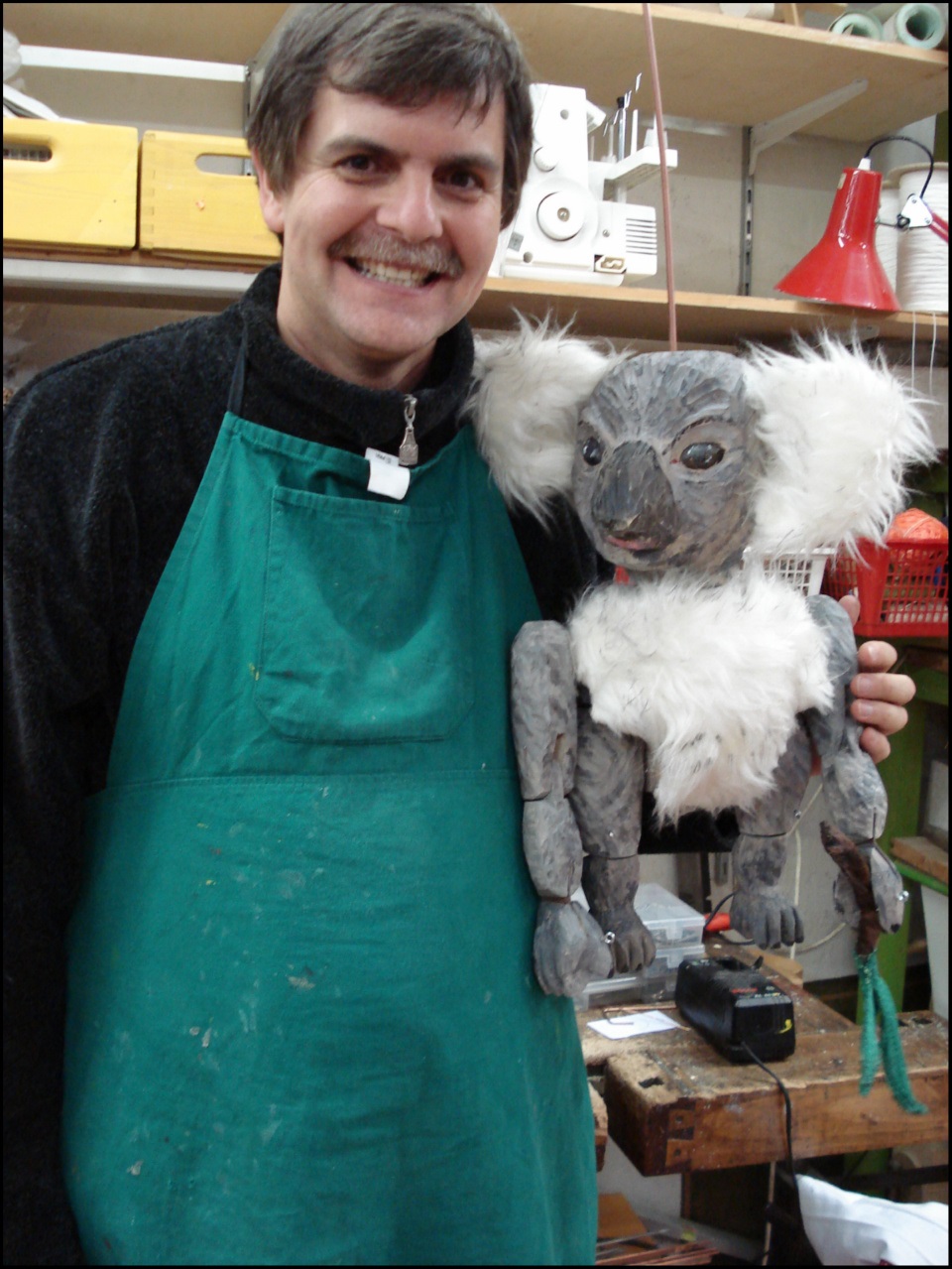 David trained in Drama and Theatre Arts Education at Victoria College, Melbourne, Trinity College, London and the University of Newcastle where he specialised in Direction. For many years he has taught Drama and Puppetry extensively at all levels of education.

David has been heavily influenced by the work of Peter Scriven, Director of the Marionette Theatre of Australia and many other accomplished puppeteers both in Australia and overseas. He has trained with Bill and Barbara Turnbull of Bilbar Puppet Theatre as well as Mirek Tretjnar of Puppets in Prague in the Czech Republic.

David has written extensively on puppetry for Australian and British educational journals, numerous puppet plays as well as a specialist reference book, Puppetry. He is also an accomplished playwright,theatre director and designer.

David was invited by the organising committee of the 6th international congress of the International Drama and Theatre Education Association to hold a workshop on Puppetry.

As Miss Piggy once said: I am too delicately strung for the show biz!
Great website!

It depends on your needs and budget.

Hi David, I absolutely love your stage set ups, themes and puppets. I wanted to see if I could get your advice on the best place or way to obtain a portable puppet theatre. Thanks

Hi David, I am interested in becoming involved in puppetry and wondering how much and when workshops will be held. Thanks, Deb

It is always a sheer joy to look at the incredible work you are doing and the shows you are producing with your beautiful, colorful costumed puppets. You are a treasure to the puppet world.